THEY FOUND ME IN DESTIN

I almost didn’t write this post, because I’m afraid you’ll have trouble believing this really happened. But, really, these folks are too funny not to share.

On Saturday, Don was busy in a meeting, and I had read all the magazines I brought, and there was nothing good on TV. So, I hopped on the bus…and went shopping! I did a little damage and called the bus to come and get me. (These are small vans that have seats down each side and across the back). When it got there, it was full, and I had to go to the seats across the back. We stopped and let all those folks out at the beach. And, I thought I was going to have a quiet ride back. BUT WAIT…THERE’S MORE! here comes a family of 8…not intending to miss this bus–no matter what! And, friends, it took me about 30 seconds to realize the ‘crazies’ had found me…and were riding on my bus! The door closed behind them…and off we went!

I am a Christian woman who has survived many years on the planet. God has blessed me with a wonderful family: husband, 3 sons, a dear DIL, and a precious grandson. I also have dear friends to keep me inspired. I am an artist of sorts and am finding my way through the great blessing of retirement. I recently retired after 20 years as a music teacher. Life is good!

"All your sons will be taught by the Lord; and great will be their peace." Isaiah 54:13
Read their stories...
Adam
Alex
Ian 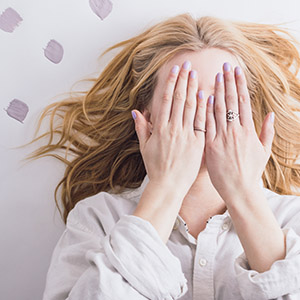 Hello, my name is Everly. I am a blogger living in New York. This is my blog, where I post about interior design and decoration. Never miss out on new stuff.

DO YOU HAVE A POINT ?

THEY FOUND ME IN DESTIN